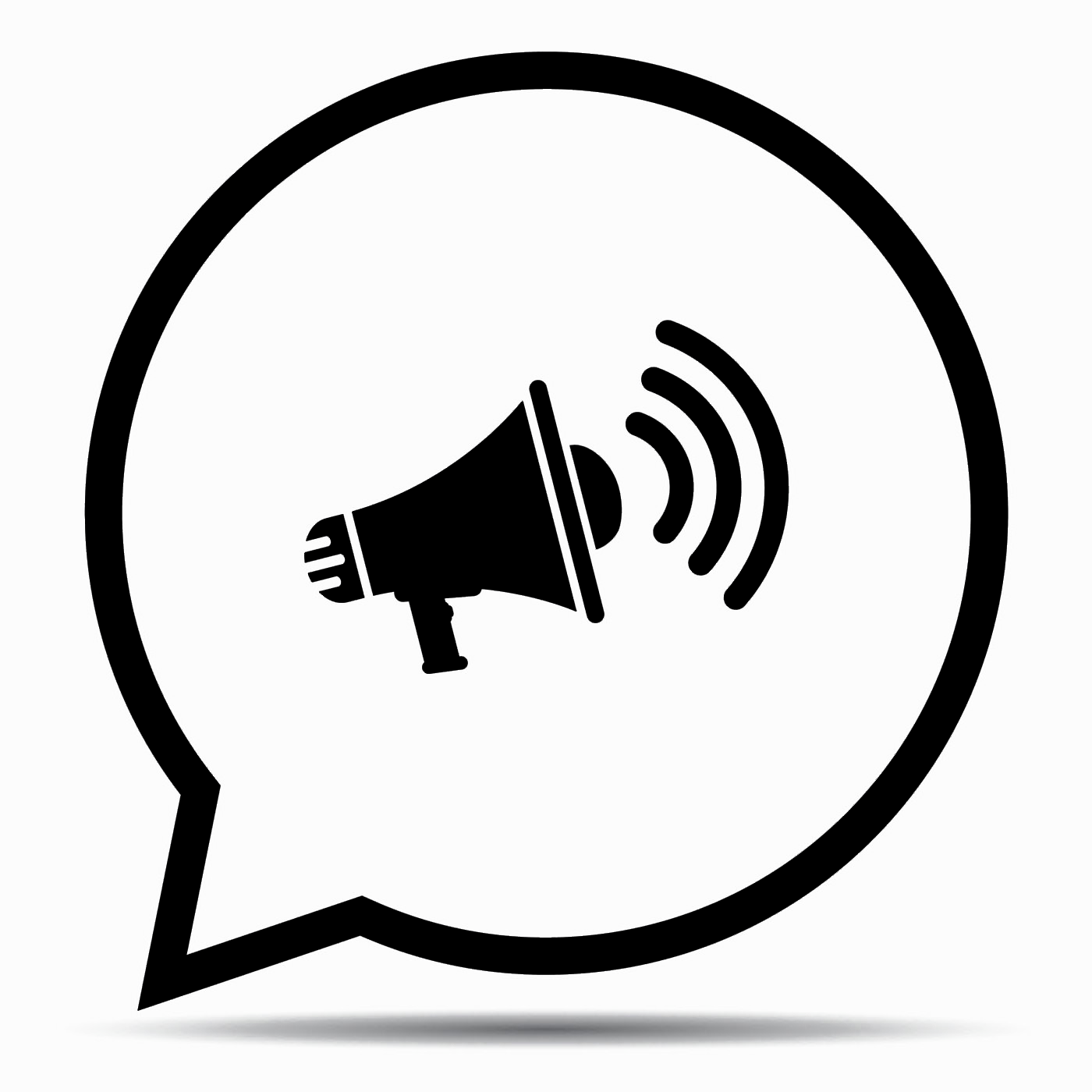 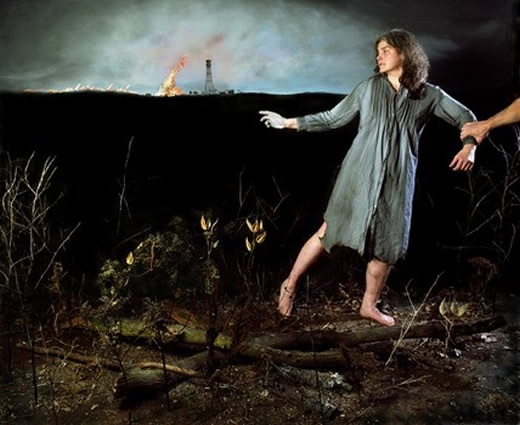 This week was one of those weeks where I just had to face rebellion. I didn’t think it was rebellion. I wasn’t going out to the bars, watching R-rated movies, doing anything horrible. I was still serving God, going to meetings, doing what I was supposed to be doing. I’m just “a little down,” I said. Of course, I thought I had a right to feel that way because, after all, I was disappointed once again over losing something that I really wanted.

Ever feel that way? Feelings…I know…we can’t go by our feelings, only by the Word of God and what the Holy Spirit is telling us…[Sigh!]

A little down went something like this: Just leave me alone (hiding); I will be okay in a couple of days (really?); It just gets a little harder to pick myself up from this (lie!); I’m just feeling a little down (truth: I’m really, really mad at God and everybody else right now).

As I entertained the disappointment and all the lies that came with it and started questioning God (Will things ever change? Do you really know what you are doing? Why does it have to be this way…?), the floodgate was open for more lies, more accusations, more insecurity, and subsequently, more rebellion. Rebellion brought torment, headaches, sleeplessness, fear. It was a slippery slope. Still, I didn’t see it as rebellion. Just a feeling…

It went downhill from there. I lost all desire to serve Him. Oh, I continued to do everything that I was supposed to do (Wasn’t that enough, God?). I just didn’t want to do any of it. I lost my heart for everything.

After a week and a half of headaches, I decided to face it: Rebellion. It’s rebellion. That still small voice in me that kept telling me and that I didn’t want to hear said one word to me, “Rebellion.” Then I heard this: “Questioning Me is rebellion.” What? Not waiting on His timing is rebellion. Thinking that He doesn’t know what He is doing or what’s best for you is rebellion, and going through the motions, even to do the things of the Lord, with a wrong heart, is rebellion. Frustration and anger at God is rebellion. These are not mere “feelings.”

I had to face it and call it what it is: REBELLION.

22 And Samuel said, Hath the Lord as great delight in burnt offerings and sacrifices, as in obeying the voice of the Lord? Behold, to obey is better than sacrifice, and to hearken than the fat of rams.

23 For rebellion is as the sin of witchcraft, and stubbornness is as iniquity and idolatry. Because thou hast rejected the word of the Lord, he hath also rejected thee from being king. 1 Samuel 15: 22-23.

Here’s the vision that I had: The thing that I wanted so badly crumbled down to a pile of rubble. No stone unturned. It was completely destroyed. There I was sitting on the pile of rubble. I would not leave it. Then I would get up and walk around it, trying to resurrect it, making plans for it once again, and wanting so badly to rebuild it. I saw Jesus standing a few yards away with an extended hand, trying to coax me to come away from it. I would move towards Him, but I kept going back to it. He would try again to have me walk away with Him, but I would always go back. I kept looking back.

Then I thought of Lot’s wife. Remember her? Sure you do. We all know her. The crazy lady that looked back. I heard this: She didn’t turn to a pillar of salt just because she looked back. She turned to a pillar of salt because she had rebellion in her heart. She questioned God about her circumstances, didn’t really believe God knew what was best for her life, and didn’t really want God’s will for her life over her own will. Huh?

15 And when the morning arose, then the angels hastened Lot, saying, Arise, take thy wife, and thy two daughters, which are here; lest thou be consumed in the iniquity of the city.

God Himself sent angels to “hasten” (to press by closing in, make a narrow way for, coax) Lot and his family. Remember my vision?

The Lord Himself took their hands, in His mercy for them, and set them in a safe place.

17 And it came to pass, when they had brought them forth abroad, that he said, Escape for thy life; look not behind thee, neither stay thou in all the plain; escape to the mountain, lest thou be consumed.

God gave them very specific directions on how to be free of the judgment that was about to come. He will always warn His people and bring us to a place of protection and safety, always knowing what’s best for us.

19 Behold now, thy servant hath found grace in thy sight, and thou hast magnified thy mercy, which thou hast shewed unto me in saving my life; and I cannot escape to the mountain, lest some evil take me, and I die:

20 Behold now, this city is near to flee unto, and it is a little one: Oh, let me escape thither, (is it not a little one?) and my soul shall live.

21 And he said unto him, See, I have accepted thee concerning this thing also, that I will not overthrow this city, for the which thou hast spoken.

22 Haste thee, escape thither; for I cannot do anything till thou be come thither. Therefore the name of the city was called Zoar.

Interesting…Two things here. One, the Lord could not do anything until Lot was safe (promise to Abraham in Genesis 18: 20-33), and secondly, Lot questioned the Lord and asked for a change but did not turn to stone. Why? I believe it was because he was under the promise and protection of Abraham and because he asked with a right heart (righteous Lot, 2 Peter 2: 6-8). It’s not wrong to ask God questions. He wants us to ask Him things. It IS wrong to demand with a wrong heart, especially when He has already said no or said it is not time yet.

23 The sun was risen upon the earth when Lot entered into Zoar.

24 Then the Lord rained upon Sodom and upon Gomorrah brimstone and fire from the Lord out of heaven;

26 But his wife looked back from behind him, and she became a pillar of salt.

27 And Abraham gat up early in the morning to the place where he stood before the Lord:

28 And he looked toward Sodom and Gomorrah, and toward all the land of the plain, and beheld, and, lo, the smoke of the country went up as the smoke of a furnace.

It sure doesn’t say much here about Lot’s wife, what she was thinking, what she was feeling, but she had to know that God was calling her to act. The fact is that she disobeyed the word of the Lord to not look back (verse 17), came out from her husband’s protection by not submitting to him, and wanted to see for herself and do it her way, therefore not relying on the word of the Lord and God’s best (protection and safety) for her. How many times do we do this? How serious were her consequences? How long do we think God will tolerate our rebellion?

This woman was in a good place, a place of protection and peace, and she couldn’t see it. Why? Because of rebellion.  She was there, doing what she was supposed to be doing but with a very wrong heart. When she stopped in her tracks and stood still and looked back at the thing she wanted more than God’s will, it killed her, and she received the same judgment as the world around her that was being destroyed. It killed her, and it killed her destiny.

What is God saying to us today? He is saying that REBELLION is killing us and is killing our destinies. It seems so innocent, such a small thing, but to God it is everything because it is a matter of the heart, and He is exposing everything, every area in our lives, where we are not in agreement with His will, His truth, and His destiny for our lives.

What are you questioning, disagreeing with, disgruntled and frustrated about today? It is rebellion, and God is saying to sanctify the altar of your heart today. He is saying that obedience is better than sacrifice and that rebellion, even a little bit, is as the sin of witchcraft and that the stubbornness and hesitation to let it go is sin. He is saying that it is robbing you and His precious Bride, His precious body, from advancing the kingdom of God.

Face it. Face the rebellion in your heart. It’s only causing you torment and grief anyhow. You have lost your peace, joy, and zeal for the things of God. You have to force yourself to do the things you know are right to do for God, but you are miserable and don’t really want to do them. You are hiding, listening to lies, and refusing to face your rebellion, just like I was.

God does understand how you feel and how you long for those things that you hold in your heart. He is a good Daddy. Trust that He knows the best time and place for all your dreams and desires to come to pass. Let Him work the character and completion in you that will let you really appreciate those things when and if He gives them to you. You really want the character and image of Christ formed in you more than you want those things anyway, and that is what He is doing. Stop kicking against the goad and repent.

28 Likewise also as it was in the days of Lot; they did eat, they drank, they bought, they sold, they planted, they builded;

29 But the same day that Lot went out of Sodom it rained fire and brimstone from heaven, and destroyed them all.

30 Even thus shall it be in the day when the Son of man is revealed.

31 In that day, he which shall be upon the housetop, and his stuff in the house, let him not come down to take it away: and he that is in the field, let him likewise not return back.

The Bride of Christ will not have rebellion in her heart!

Jesus loves you today and everyday,